A Livia sweater for spring

Yes, S-P-R-I-N-G. Let’s hope it will come sooner than later because I’m fed up with this dreary rainy weather. So let’s celebrate the upcoming season with some nice sweater. I benefited from some free fabrics and pattern thanks to Mondial Tissus. I chose some striped sand/navy French terry, some floral poplin, and a cute pattern, the Livia sweater by My Super Bison. I’m a sucker for florals…remember last January’s floral flannel PJ’s???

This pattern has so many options that it would be hard luck to find another like yours!

See by yourself below and you can even create your own combination:

I got the paper pattern. I’m rather on the PDF Team. Fortunately for me, I still had some plastic for covering books that I used to trace my pieces ;-).

Since I had never sewn a pattern by My Super Bison, I muslined the Livia with some stretchy sweater knit I had in my stash. I was right to do so because I had to reduce the shoulder width and shorten the length.

I wanted a top rather than a sweater so I made the following changes to make my Livia more fitted. I took :

I sewed the pleated cuffs…

…along with the ‘shirt’ bottom.

The collar placket on the side is really charming. I think that one placket on each side would be fun. And I’ve already found the perfect buttons to go with: cherries!

The French terry is really soft and stretchy. I used both my serger (Janome 744D) and my sewing machine (Janome DC4100, with a stretch needle).

However, I doubted my sewing mahcine’s ability to sew perfect buttonholoes on that Frenct terry. So I used some metallic snaps with my Vario pliers. Actually, they are just decorative because it seems that I have a small head besides small shoulders! No need for functional buttons for me.

I worked hard to match my stripes on the raglan sleeves. I used my Olfa cutter to cut the French terry to prevent any stretching.

Once my alterations done, I traced the new pattern pieces on plastic, I traced the seam lines and their meeting points: armscyes, sides, sleeve heads.

I decided that the front would be the main piece and…I FAILED miserably…I’ll try again, but with anotyher method.

Probably, but with further alterations:

In short, the Livia is an excellent basic pattern to unleash one’s creativity and to make it fit to one’s own personal body. That’s why we all sew, isn’t it?

Working Out with Rebecca Page blogtour

Castillo Cardigan by Itch to Stitch

Feathers and sateen for her new pajamas 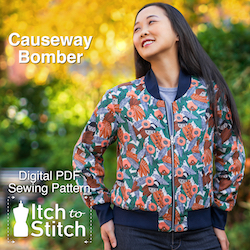 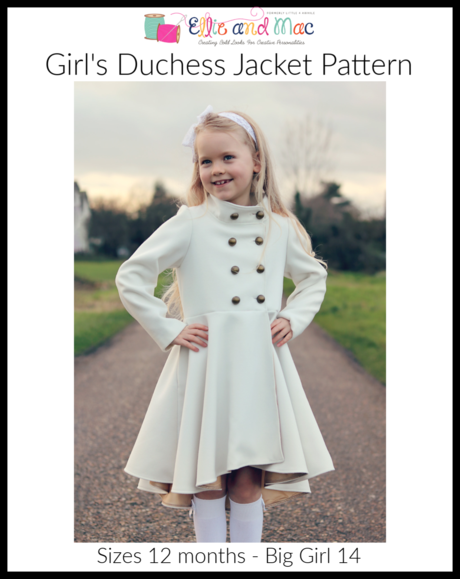