We do love American theme parks and the feeling of exhilaration they entail. Sharing family moments is the fuel to our lives and it’s so precious.

Why did we visit Universal?

Remember the Air France strike in 2018? We got vouchers as compensation. We looked for a family destination and since we had already visited Disneyworld, we thought that visiting Universal and the Harry Potter lands would be great. The vouchers fully paid our plane tickets.

I would have preferred going in October, but the kids would have been obliged to do homework there so we chose to visit in August.

We knew what the Floridian summer is, having already visited Florida during the summer in college, but the kids are now teenagers and they are old enough to get back to the room on their own!!!

We were set against staying off-site. We prefer being on-site because of all the benefits.

Since we were only staying for 8 nights, we wanted a hotel offering the Express Pass.

Express Pass: you can skip regular lines at most attractions. You save time!

And its tropical view:

We’ve been really pleased with that hotel. Even if it was full, it was extremely quiet in the rooms. We always found loungers at the pool. It’s only a 10-min walk to the parks and a 5-min bus drive to Volcano Bay.

Your key room is also your Express and your Early Entry pass.

Early Entry: you can get into one park one hour before the official opening.

Unlike Disney and its Magicband, you need to hold your keyroom/pass/etc with a lanyard. You can buy thematized (expensive) lanyard at the parks, but I bought plain ones on Amazon and they did the trick (and they are waterproof…a very important feature you’ll see!!!).

We bought 3-Park Explorer tickets on Attractions Direct Ireland in 2018 while there was a Adults as Kids Prices promo. Why did we buy 3 tickets only? Because I bought an annual pass, the 3-PArk Preferred Pass.

Because we knew wouldn’t leave the UOR sphere and have our meals there and shop at CW, we knew that we would get our money back with the extra paid for the annual pass. And we were right. We saved money.

I took advantage of a sale to buy the Photoconnect. It’s the best way to get family and onride pictures at a great price; I paid $69 for an annual pass and we got two prints included.

Transfer from the airport to the hotel

I booked a private driver from/to MCO-Hotel. That cost us $100 round trip, but it was such a pleasure not to worry about a UBER or a shuttle. He was very professional…he got us another driver when he couldn’t meet us at our arrival because our flight had been delayed for 2 hours in Atlanta!

Soon, you’ll know more about our visits to the theme parks.

Envigado, the must-have vest for fall (ITS blogtour)

ITS patterns for fall 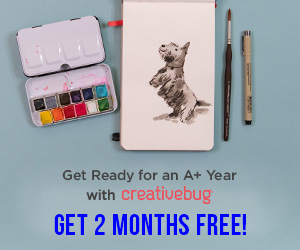