After visiting USF (first Diagon Alley then the other rides), let’s visit the second park called IoA- Islands of Adventure. That’s the park where I fell in love with one ride, where Miss G got to ride THE ride she had been dreaming of for the past year and where we finished drenched!

It’s the park that’s the closest to the Royal Pacific Hotel. Actually, each hotel is close to the parks.

We used to go to USF for the Early mornings then rode the Hogwarts Express to get to IoA, right in Hogsmeade.

You read right, Hogsmeade. There’s another Harry Potter land in IoA, themed after the Hogsmeade village, with Hogwarts looming over.

3.5 rides are in Hogsmeade. Why a 1/2 ride? Because the train is a ride, but also a means of transportation!

The top attraction of the summer 2019 was undoubtedly Hagrid’s Magical Creatures Motorbike Adventure. Waiting time was as high as 210 min, but we knew that we wanted to ride it and we were so lucky both times: a 50 min, (stated 120 min at the beginning of the line) and 90 min waits. LUCKY!!!

This was BY FAR the best ride I have ever done!!!! I closed my eyes, I yelled, I ate my hair due to speed, I just lived every second of it. I now can say why people are willing to wait for so long. Riding the bike or sitting in the side-car make the ride two-fold and you have to experience both. AWESOME! We were ecstatic when it was over and all of us riders clapped our hands once over! 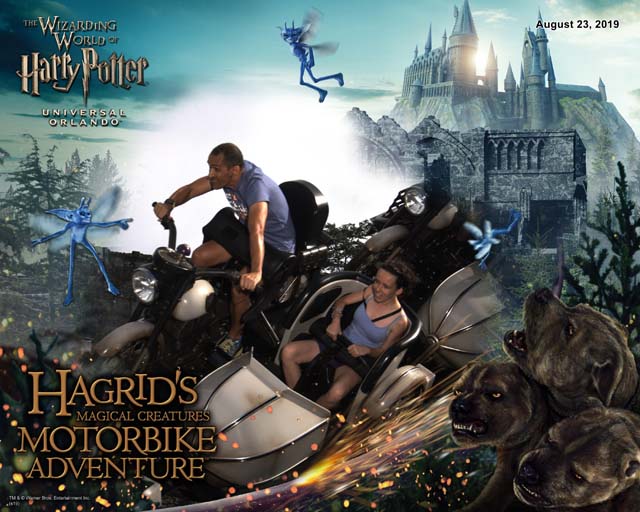 My husband and daughter rode Flight of the Hippogriff, they liked it but found it too short.

Then we rode the ride that is right inside the castle, Harry Potter and The Forbidden Journey. I knew absolutely nothing about it, but I enjoyed it a lot. My biggest fear was to lose my shoes (!). I wore slip-ons Skechers Go Walk for most of the time. In this picture, however, still Skechers, but with shoelaces, no need to be afraid to lose them!

This ride is a mix between 3D and real ride. Funny and intense. Miss G didn’t really enjoy it. 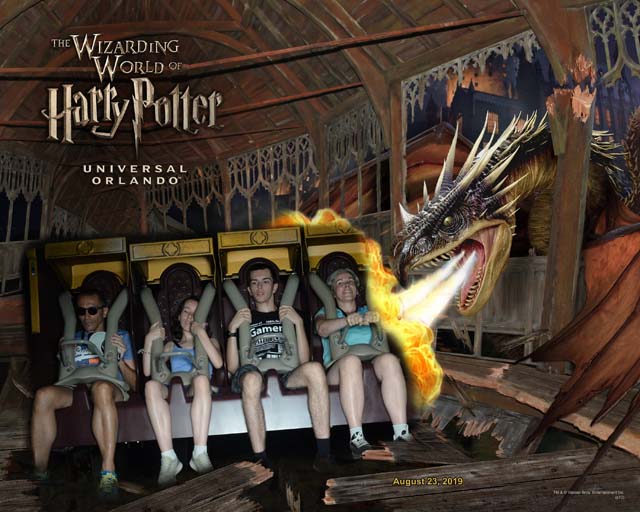 The Hogsmeade theming was less attractive to me than Diagon Alley. Seeing snow on the roofs of the village under a scorching sun may have altered my ability to enjoy it. And Diagon Alley is just my favorite!

Other lands in IoA

We loved strolling around the park, even if we had precise plans made on Touringplans.

I’m a big fan of the Jurassic franchise so I couldn’t pass on that land. 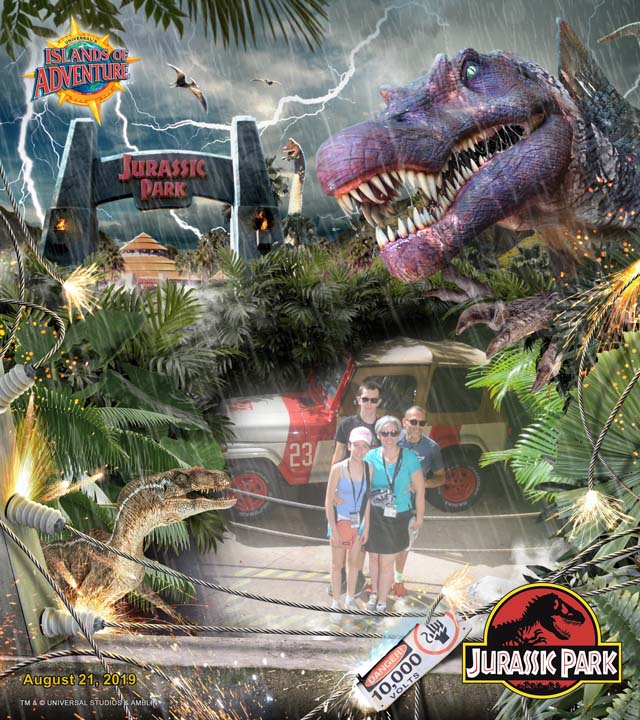 We really had  a blast meeting Blue. Very funny interaction and its head was so heavy on my shoulder! 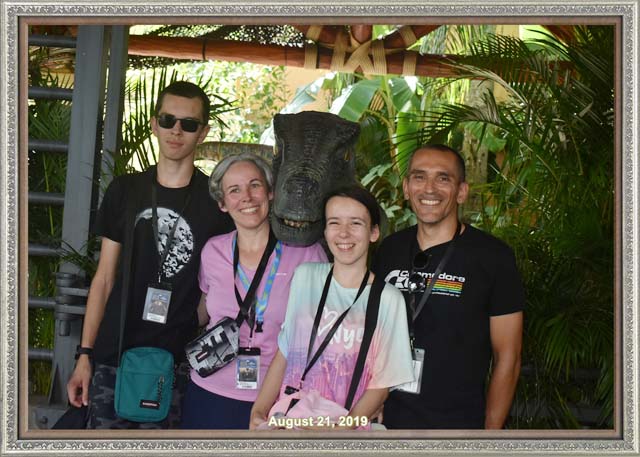 We saw baby dinos hatch and we were brave enough to ride Jurassic Park River Adventure. We were so happy to be on the front row for once until…we finished completely drenched! I knew that we could be a bit wet, but not that much. That was great, we laughed so hard…and got back to the hotel for a change of clothes!!!

This land will soon have a new ride, a rollercoaster [EDIT: Velocicoaster will be opening June 2021]. Sounds amazing.

This is the place where my daughter rode the ride she longed for, the Incredible Hulk Coaster! She loved it. I had mentally prepared myself to ride it since my husband wasn’t so keen, but fortunately for me, he rode it with her. Even on the ground I was turning green with only the sight of the loopings and stuff! 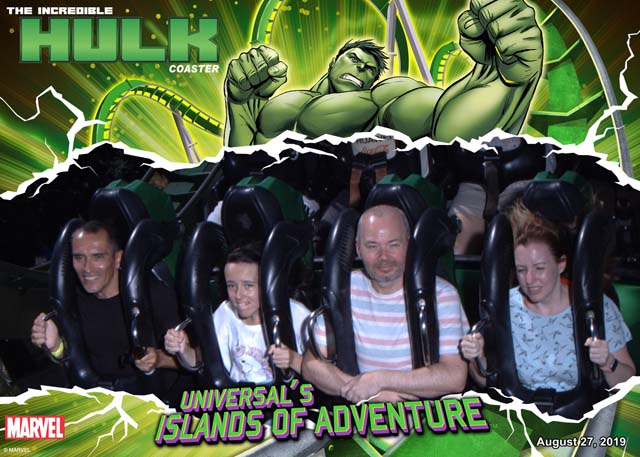 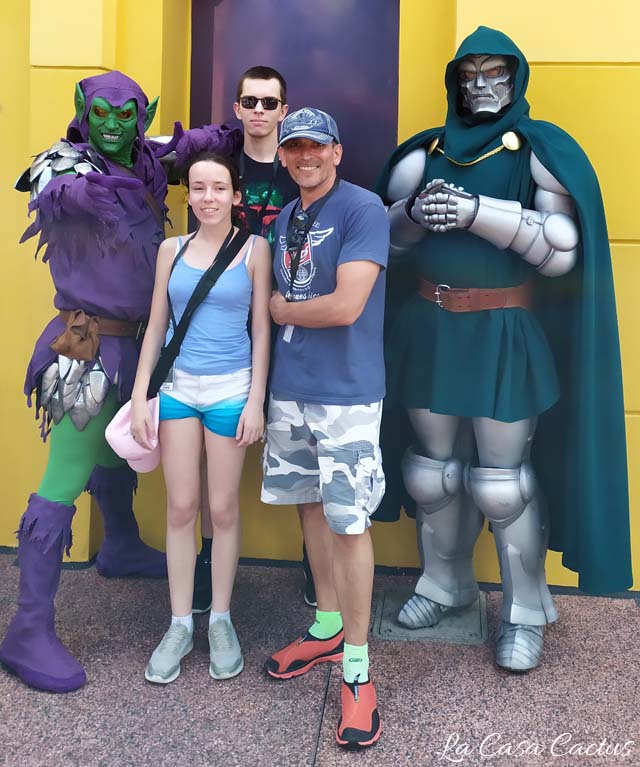 Spiderman 3D ride was fun and the shops are full of temptations. 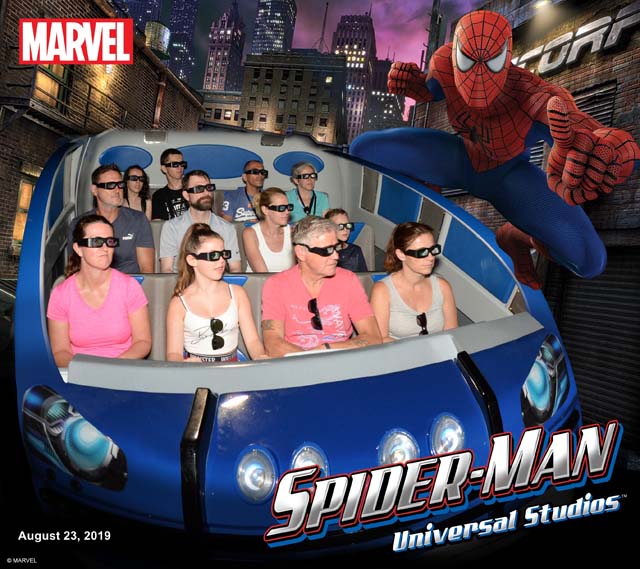 In the other lands, we … 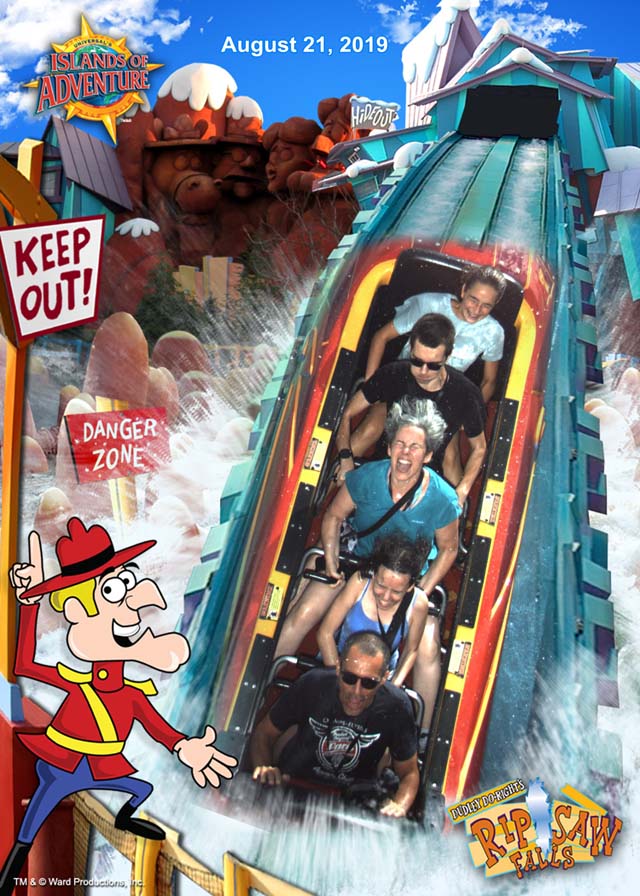 …met quite an elegant cat… 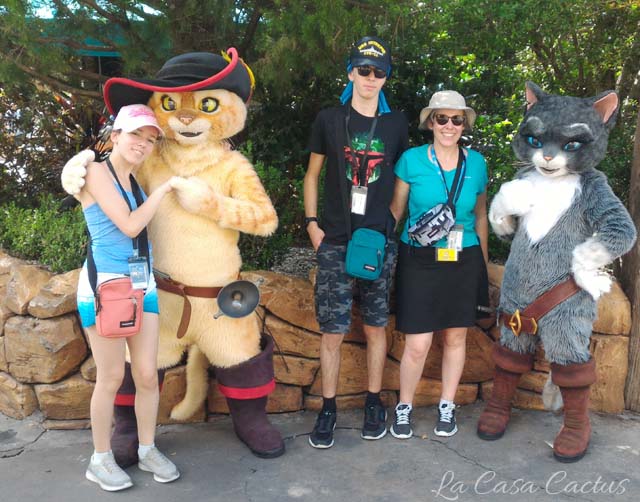 …and a crowned head. 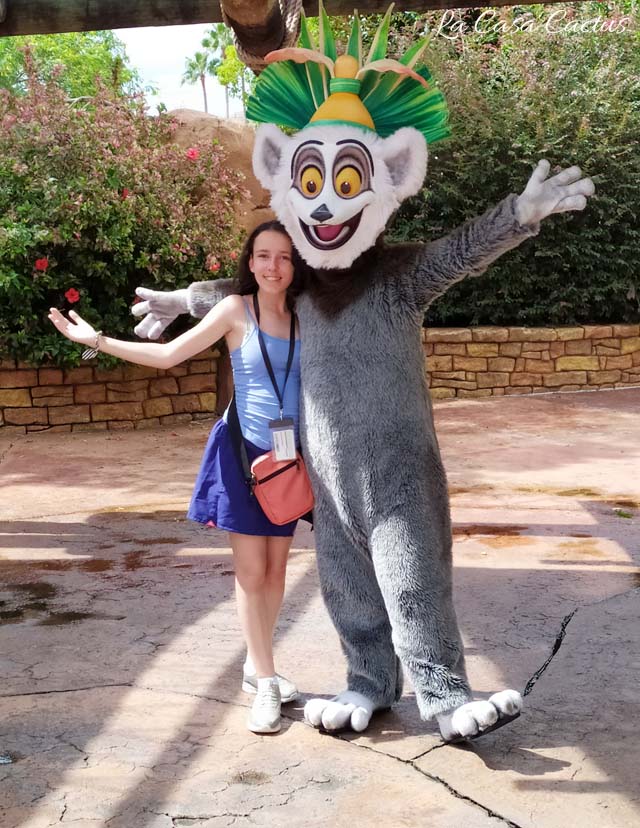 We also met the Grinch in Seuss’ land… 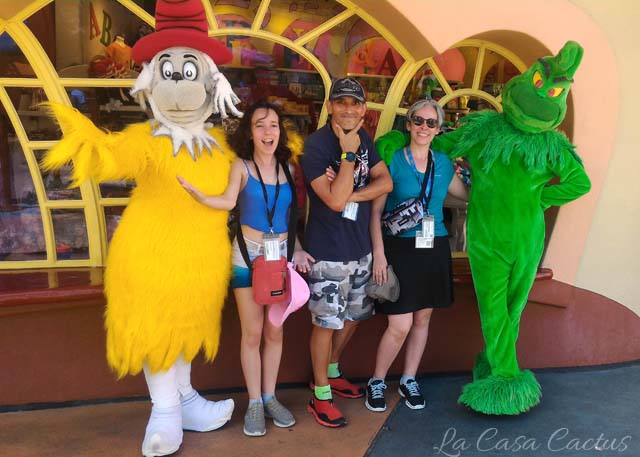 ….and we put some colors on her hair. She was really happy to have a hair wrap, she missed having one in 2016 in Disneyworld. 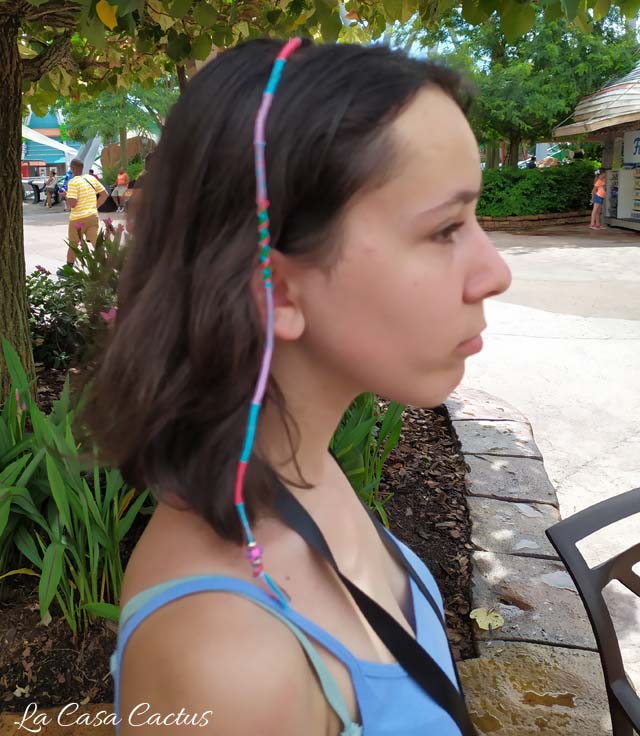 Even if IoA is not my favorite park, I really enjoyed the lands and how we could go from one world to another. One other great things is to be able to sit under the trees to have a drink. 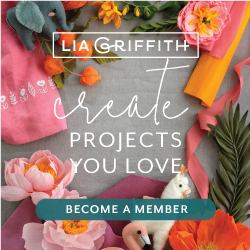