There is so much more than Harry Potter in USF.

This park offers many thematic lands that have attractions, restaurants, mette and greets, etc.

Our favorite places in USF

I really enjoyed the width of the alleys in USF. We went after a part of the US went back to school so that may explain why! That was great to stroll leisurely without being rushed. 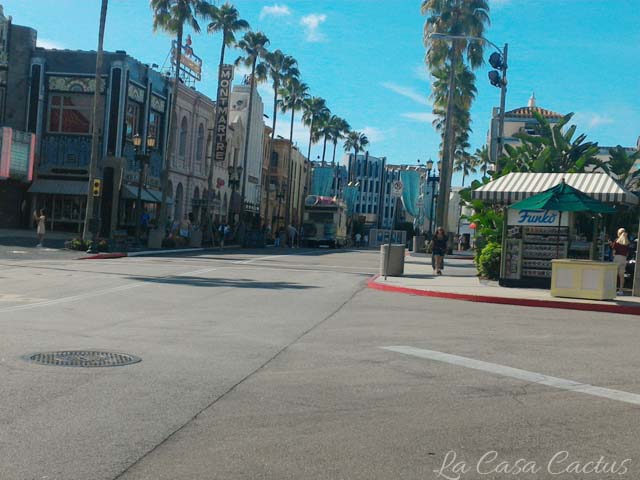 Even without running from one attraction to another, we enjoyed going at a slow pace, sitting on a bench while sipping a cold drink. I bought the refillable cup and I’m glad I did. We only used one cup for the four of us and it was a great bargain. 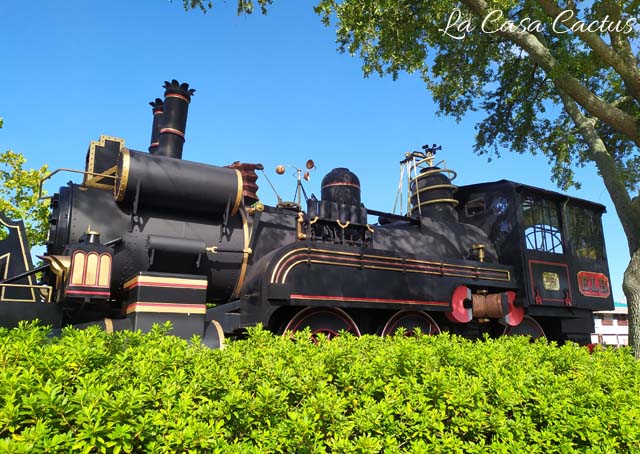 Meet and greets are more relaxed.

We love having pictures taken with characters. There we had quite a wide range of them. From Hello Kitty… 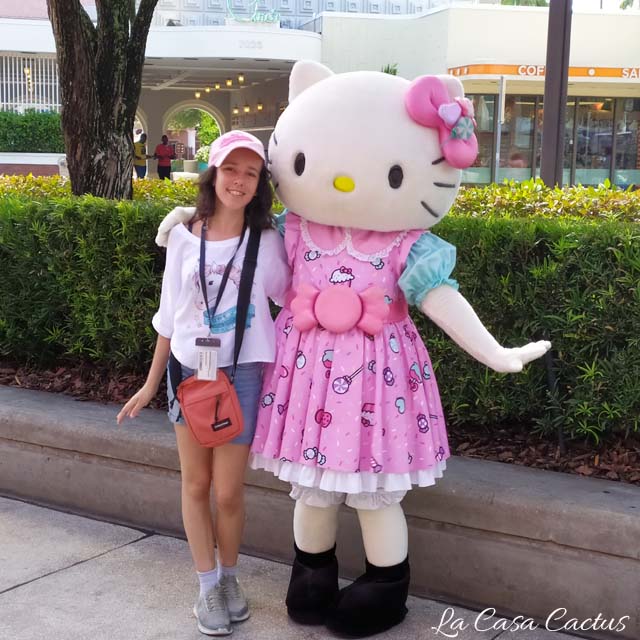 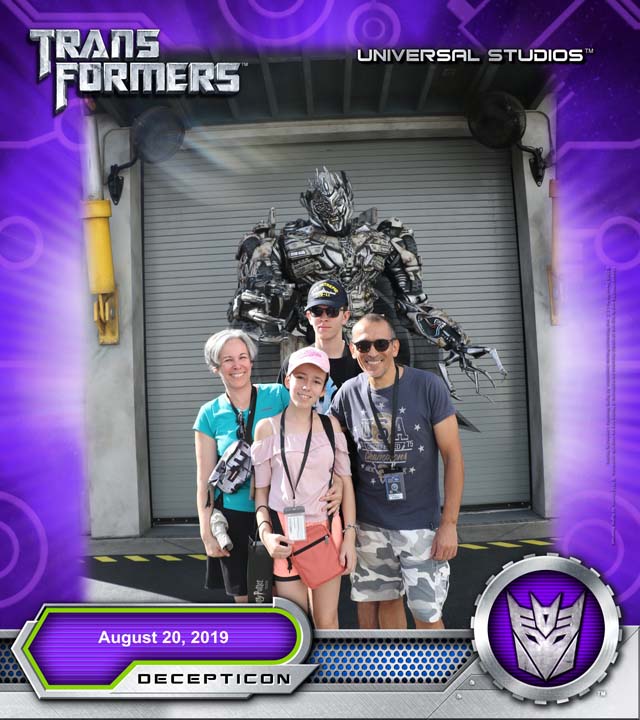 … and Beetlejuice. This one was AWESOME! I loved how we interacted! I think that he had just belched there 😆 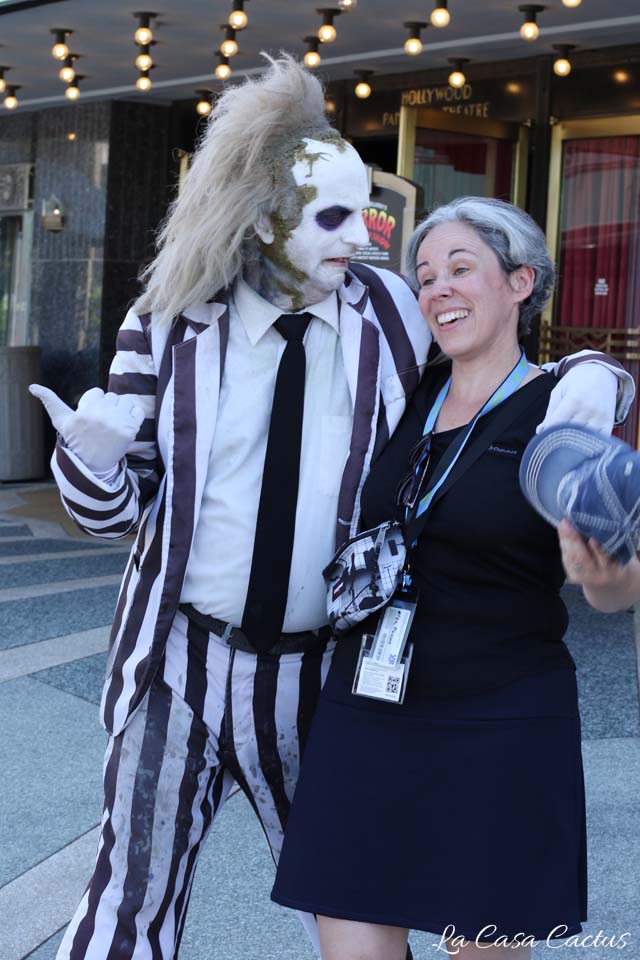 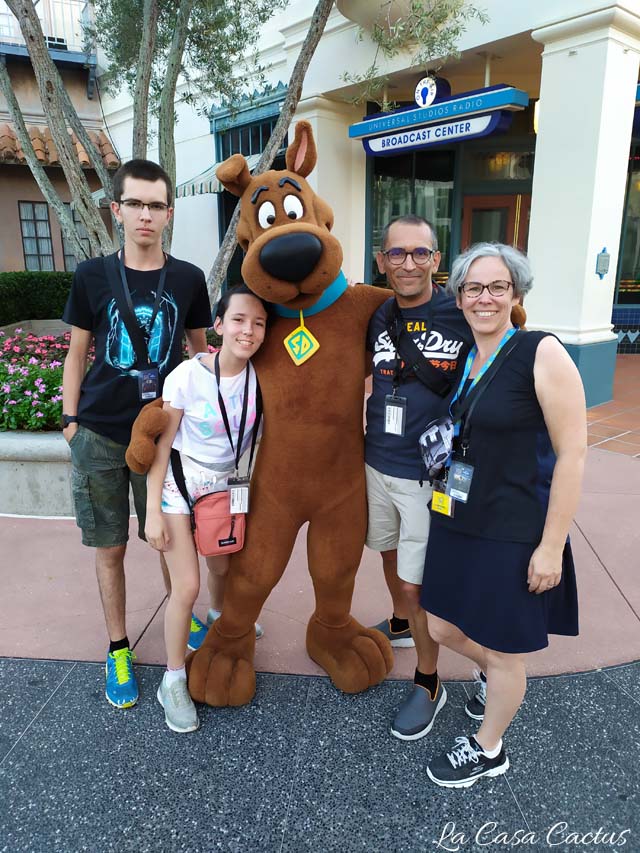 I was happy that the kids and hubby could meet Doc Brown! 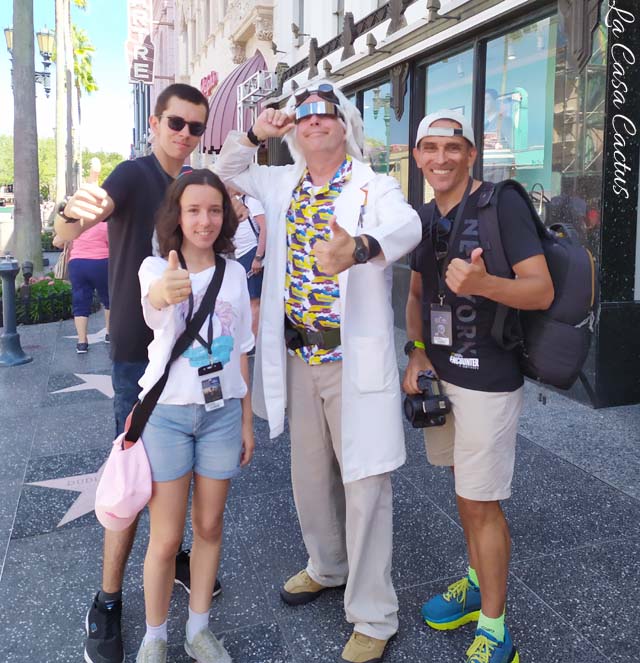 …And the lovely Marilyn. I tried to have a pic of her and my son, but he wouldn’t go near her! Ah, teenagers…!

In most cases, there is no Photoconnect photographer, but you always find someone to help you.

Most-loved attractions and “why did we do it, btw”-attractions

I won’t list them one by one, but I think that we did them at least once.

Without any doubt Transformers and Men in Black. We rode them on and on and loved every minute of them.

Transformers is a 3D-ride that moves a lot and since we really enjoy watching the movies, we couldn’t pass on this one. 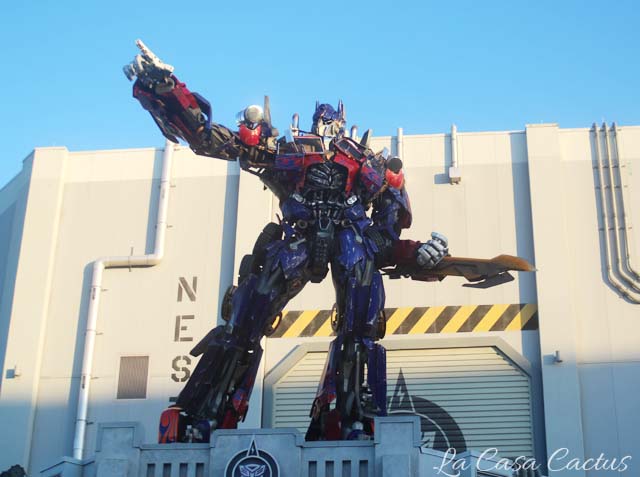 Men in Black is as good as Transformers. Shooting aliens is fun!!! 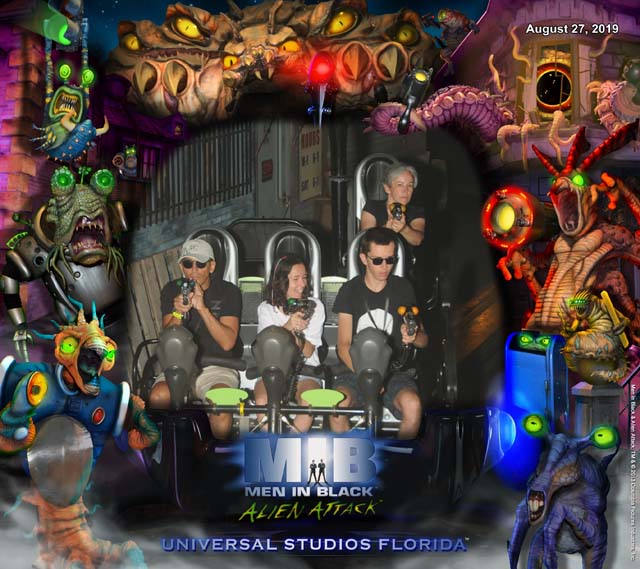 Son and husband rode Rip Rock Ride It twice and greatly enjoyed it. I kept the bags…! 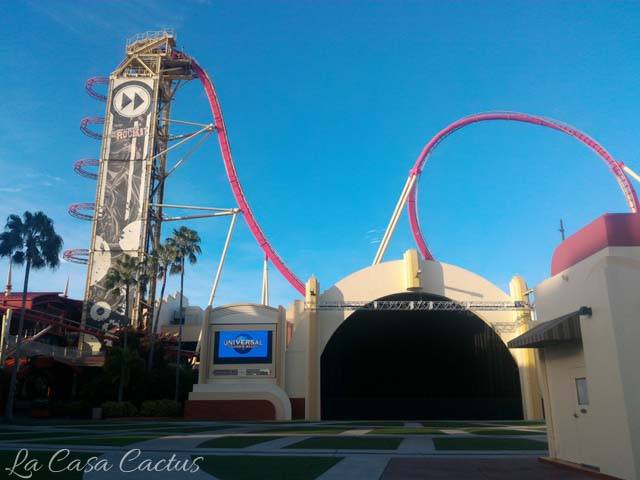 I also liked the Mummy, but I had some intense back pains before riding it and afterwards…I almost couldn’t even walk. So, very tough on the back. The fall got me screaming, but once my back was healed I rode it again! 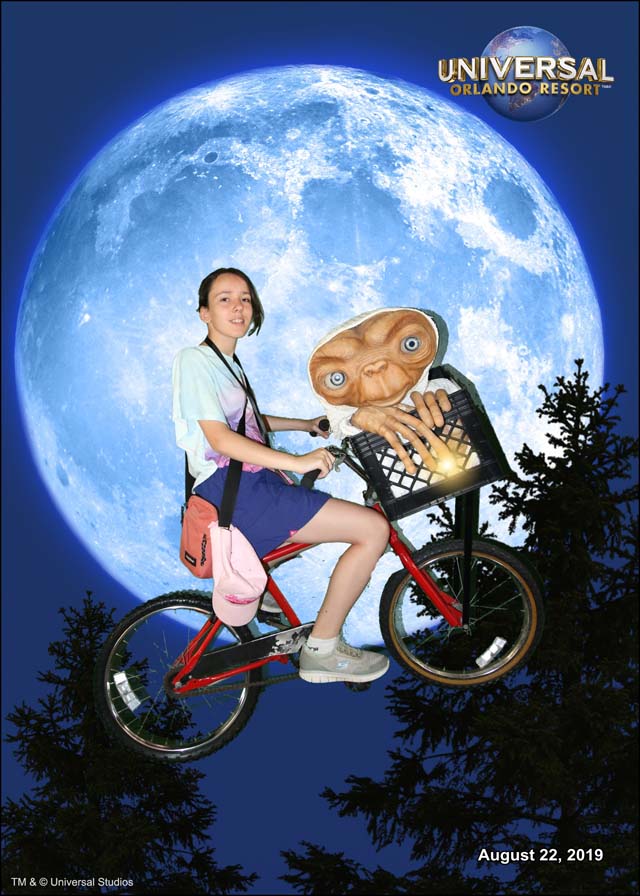 Jimmy Fallon: It’s fun, but depending where you are in the rool, you don’t benefit fully from the 3D.

She was really happy to have been the first to spot Hashtag.

Minions 3D: it’s open at 8AM so we did it a few times during the early hours. Same as Jimmy Fallon, it really depends where you are sitting. What’s cute is the Minion meet-and-greet when exiting! 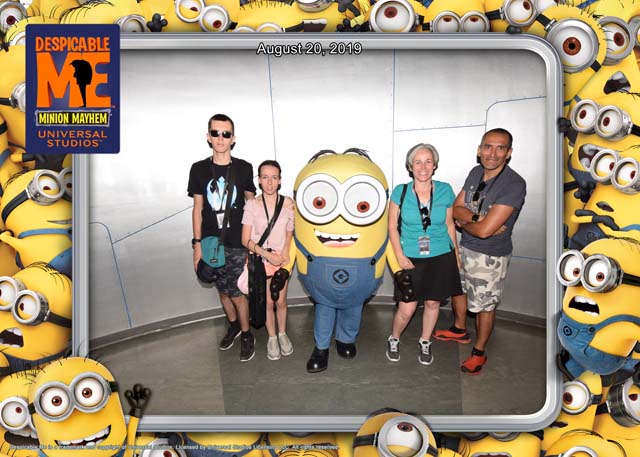 We do like the Fast and Furious franchise, but the ride is meh…The pre-show is great though. I felt like I was in a sub-par GTA video game.

The Shrek show was also disappointing and very long. At least we were inside and benefiting from the A/C.!

Just for fun, father and daughter rode the flying saucers in the Simpsons land!. 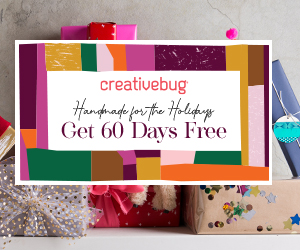