My turn on the Remix the Stitch Blog Tour. I must confess that I bought the Omega Angel Jacket pattern in 2014 (available here) and never had a chance to sew it…Then I applied to be part of Rachel’s blog tour for Golden Rippy‘s second birthday. We could choose one of her patterns, but since I already owned one…If the weather had been warmer, I’m sure that I would have used the Mykonos Tankini bathing suit.

Pictures, courtesy of my tween son…!

Because of the construction of the Omega Angel, I immediatly saw the potentiel to use some of my sweater knits remnants. You know, the strangely-cut pieces left after a sewing projects??? Hence my 3-color Omega Angel Jacket.

Because it was rather heavy in colors, I did some adjustments either to suit my bodytype or my whims! I added neither cuff nor hip band. I just added length and did a simple hem. Because I’m just 5’4″ and with rather wide hips, I find that hip bands emphasize ‘that’ part so I merely skipped it…I also did a M for the bust, tapered to a L for waist and hips. A really easy alteration. I also shortened the shoulder (but not enough to my taste, another 1/2″ would have helped the shoulder sits better…next time). No embellishment on the sleeves, either. I had them cut, however, but changed my mind.

And instead of sewing 3 buttons, I used large (hidden) metallic snaps and added 2 decorative buttons on the collar (I love big buttons…).

Topstitching the princess seams really helps defining the feminine curve of the jacket. No boxy top for me or I’ll end up looking like a air-balloon!!!

Don’t forget the giveaway (just click on the following picture to get there!)

Some self-care sewing with a skort

Thank you, Emi! My love for big buttons comes from a children book my mom used to read me when I was a little girl LOL!!! Not always easy to sew big buttons on adult clothing though…!

What a terrific jacket! I love the big buttons and the colors you chose are great! 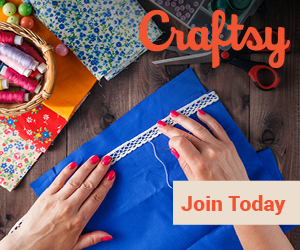 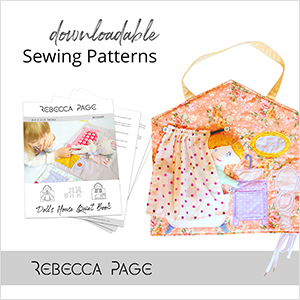